In this series of blogs, Ed Drewitt freelance naturalist, broadcaster and wildlife detective highlights a different St Lucia bird each week. In this edition the Broad-winged Hawk

When I see the broad-winged hawks in St Lucia they remind me of our larger common buzzards back at home which they are related to. When the heat begins to rise I look out for them as they circle over forest and wooded areas. They love the rising warm air which forms thermals above cliffs, towns and villages and valleys where they soar. Their broad wings are ideally suited for making the best use of the spiralling warm air. One way in which I know they are about is by listening for them overhead; they have a thin dog-whistle-like call which you can listen to here. 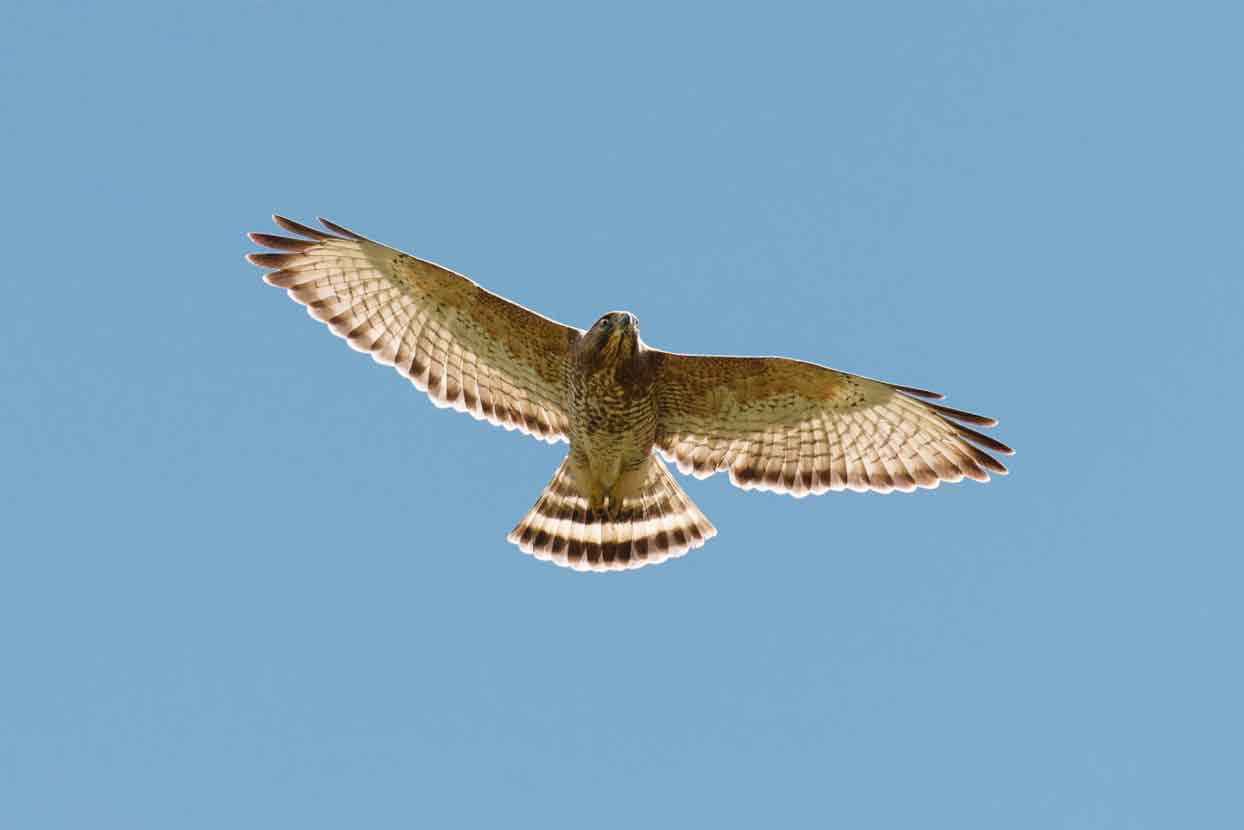 Broad-winged hawks, also known by locals as chicken hawks, are in fact chicken-size birds of prey and are widespread across St Lucia. You might sometimes spot one perched on a post resting or looking for prey. They nest between March and July and during their courtship display can be very obvious, diving suddenly in the air, swooping at one another and performing spectacular flight dances. If you see a pair side by side the female is subtly larger, a common feature in many birds of prey.

If you spot a hawk sitting low on a branch close to a clearing it is most likely watching and waiting for something before it pounces down to catch it. They are on the lookout for frogs, snakes, large insects such as dragonflies, caterpillars and grasshoppers, worms, small birds and occasionally bats. They regurgitate pellets below their perches which contain the undigested bones, scales and wing cases of their prey. 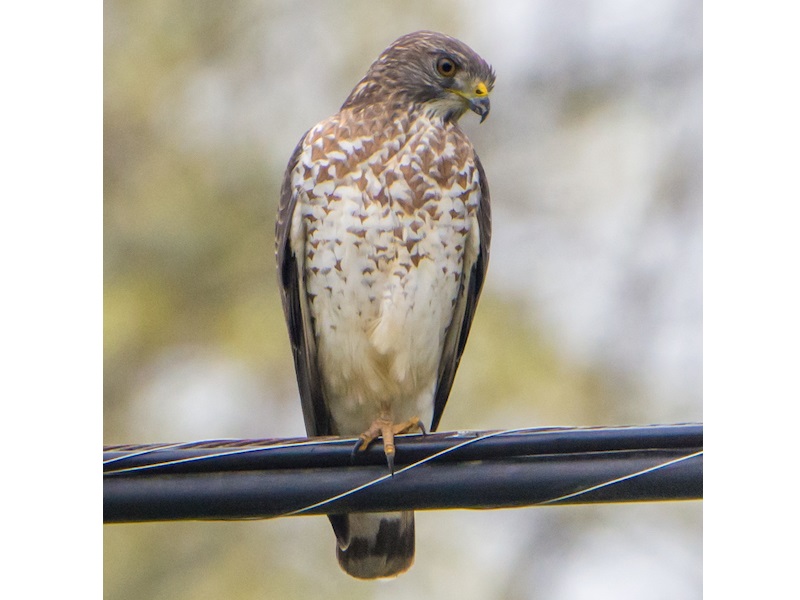 The broad-winged hawks in St Lucia are a subspecies only found here and in Dominica and Martinique. Credit: Andrew C via Wiki Commons

Broad-winged hawks have broad, rectangular wings which are more pointed towards their tips. Their longish tail is distinctively banded black and white.  They are resident here in St Lucia and across the Caribbean. They also breed across eastern United States and southern Canada where in the autumn thousands migrate south in groups known as kettles to Central and South America.  Some Canadian birds may migrate to Bolivia, covering 9, 000km (5, 592 miles). The broad-winged hawks in St Lucia are a subspecies only found here and in Dominica and Martinique. The oldest ringed or banded individual reached 14 years of age.

By the sea I also often see other birds of prey such as peregrines, our fastest bird in the world and fish-eating ospreys. Peregrines have thin, pointed wings while ospreys are larger and have longer, more pointed wings, similar to those of gulls. They are most often seen along the coastline and wetlands. Ospreys feed on fish in the clear shallow waters while peregrines feed on birds and bats. 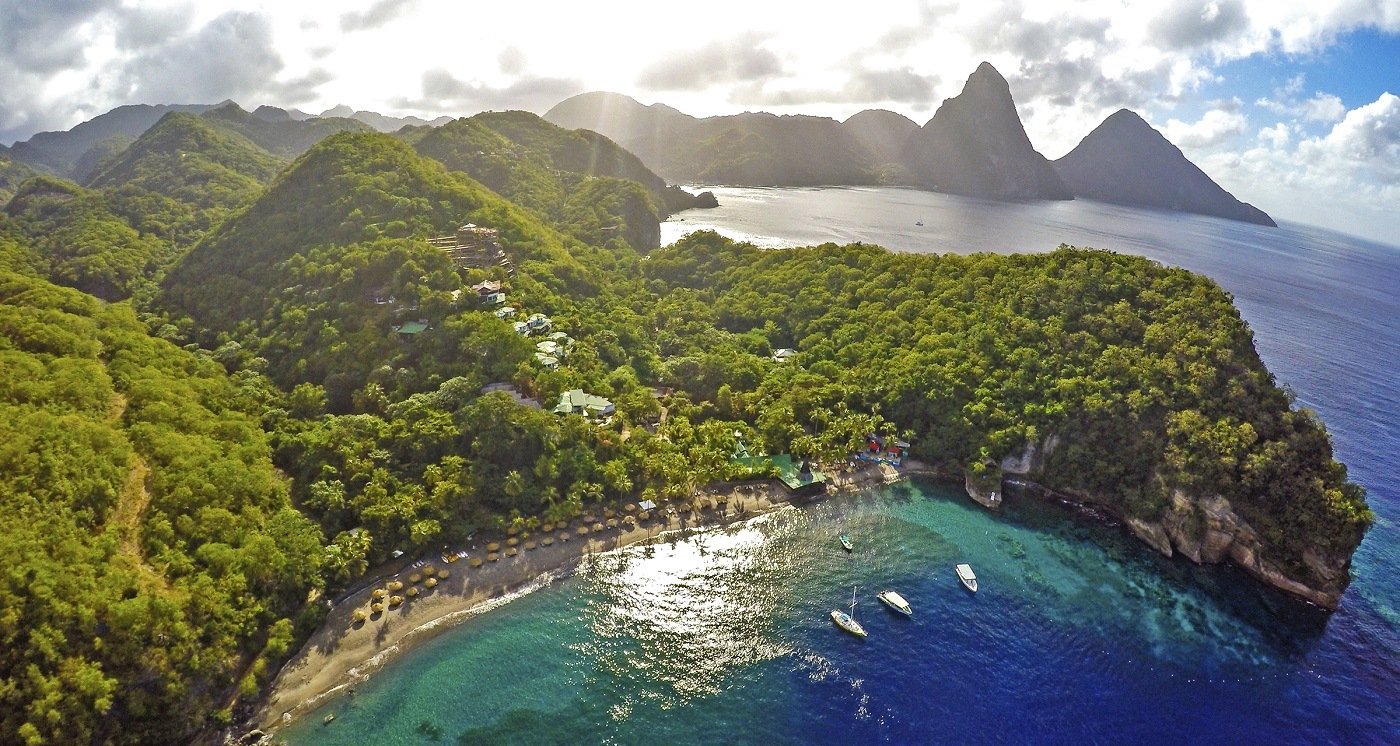